A forgotten past, a dark mage, and an unyielding curse.

Another team beat free-spirited archaeologist Olivia Perez to the dig of a lifetime, and now she’s left with the choice to wait for scraps or brave a dangerous, dusty tomb in hopes of finding other priceless artifacts. Her reward? A mysterious key she has no idea is cursed. Soon, Olivia realizes she’s brought home more than just an ancient rarity.

Malevolent visions begin to plague her. Unnerved by what they reveal, she casts away the key…unknowingly placing it into the waiting hands of a dark mage bent on destruction. Only when a shifter agent from the Paranormal Intelligence and Tracking Organization arrives searching for the key does Olivia realize what a huge mistake she’s made.

Forced to team up with the ill-tempered shifter, her journey to reclaim the cursed key leads down a twisting path of dark histories, dangerous magic, and deadly obstacles. But Olivia’s efforts to take back the ancient relic before the dark mage can destroy the lives of humans, shifters, witches, and fae alike are thwarted by her own dark past…and a price steeper than what she’s willing to pay.

Dark magic, cursed objects, and a race against time.

After unearthing a cursed key, an ancient magic possesses archaeologist Olivia Perez, and the dark, dangerous power threatens to consumer her. The only way to free herself? Defeat the dark mage…before he destroys the world.

Setting out with her shifter partner, Olivia hunts for a relic that may be the key to saving the earth, but their mission is derailed by demons and sorcerers who want Olivia’s dark magic for themselves. With enemies breathing down their necks and danger stretching out ahead, Olivia must tap into every ounce of wit, strength, and cursed power she has if she wants to stay out of the mage’s clutches.

But will she sacrifice her morality in the process?

Witches reveal truths, fae unveil secrets, and Olivia’s own past begins to clear as she and her partner race their way to an ancient wilderness, where the lines between friends and enemies blur, the struggle for control is deadly, and choices must be made which will haunt Olivia forever. Four keys, an ancient power, and a devastating supernatural battle.

The dark mage bent on enveloping the world in shadow and death is a breath away from having everything he needs, and the only person who can stop him doesn’t have the power to do so.

Olivia and her steadfast partner are hot on Vehrin’s trail, but time is not on their side. Raging storms and bouts of violence have erupted in the mage’s wake, and every turn Olivia takes throws her farther into danger. Through the underbelly of New Orleans to hidden holy temples, each step brings her closer to stopping Vehrin and to finding out the truth of her curse….

As pieces of Olivia’s past begin to reveal a fate she isn’t prepared to accept, a war comes to a head in a long-forgotten mountain city. A swath of betrayals, corruption, and loss bring earth’s supernatural together for one final battle, but to bring an end to Vehrin’s destruction, will Olivia be forced to succumb to eternal damnation?

Read the breathtaking conclusion of this USA Today bestselling series today and see for yourself why this trilogy is loved by fans of Tomb Raider and Ilona Andrews! 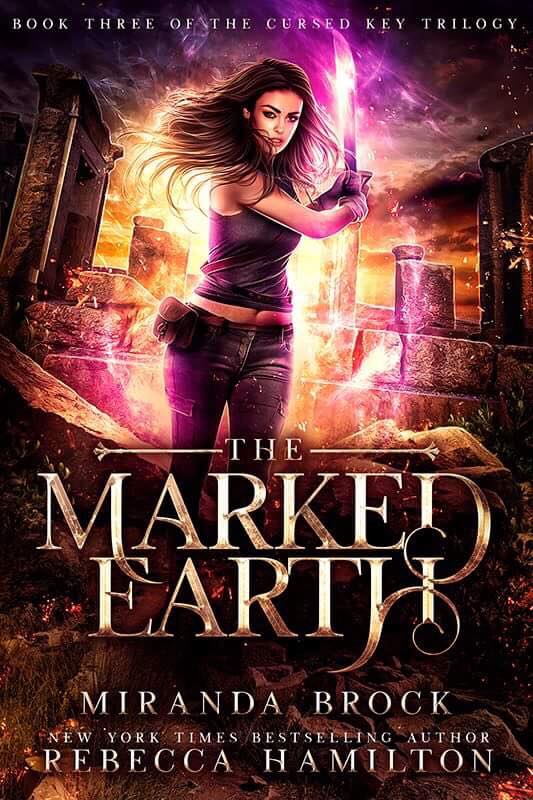